Beer culture in Singapore has changed. While we still love a late-night peanut party at the local kopitiam and a good lashing of generic Chinese beer with mala xiang guo – and that’s true local Singaporean heritage right there – the growing number of local craft breweries means we have more choices. With National Day is right around the corner, the little patriot in us got to wondering whether a “perfect pint” exists for out city. Is Tiger Beer really what it is to Singapore as Guinness is to Ireland?

While the most prolific – like Archipelago Brewery (although it is technically owned by Heineken Pacific Asia), Brewerkz, and Brewlander & Co. – have come up with their own summery ales and lagers, none have really made it a “Singapore” beer.

Well, Joseph Barratt, Co-Founder and CEO of Singapore Lager and Trouble Brewing, and co-founders of London-born Lion Brewery Co., Harry Renshaw and Will Julius, are the most recent to take take up the challenge. They gave us their two cents on the topic, and a taste of the Singapore Lager and the Lion’s Straits Pale Ale, both contenders for being the perfect pint.

It comes to no surprise that both beers have a general tropical-citrusy thing to them. Barratt developed the Singapore Lager’s citrus-filled, grassy taste, and Lion Brewery’s Straits Pale Ale reflects a similar tropical hop profile with crisp, bright notes. As General Manager Will Julius describes, their beers are refreshing, but not overly-carbonated too. “We brew naturally without any added chemicals and keep our beer unpasteurised, and the result is beer that is full of flavour—without being too overpowering like some craft beers can be.”

While some may prefer the chocolatey-dense richness of stout or the kick-ass zing of a Gose, Singapore Lager and the Lion’s Straits Pale Ale are so light and intentionably sessionable that they’re damn near work-lunch friendly. The reason? They don’t just want their beers to be available for anyone, but also anywhere, and anytime. Barratt says, “Singapore Lager is suited to just about every occasion, meal, celebration… we want to see Singapore Lager being enjoyed by everyone — from mates having a pint with friends at a bar, to local aunties and uncles having a drink at their nearest hawker centre.”

It Goes With Anything

It’s no secret that local food is a hallmark of the Nation. From laksa to xiao long bao (soup dumplings), the two humble brews attempt versatility on food pairings. A mammoth challenge, for sure, what with the sheer quanities of local delights (and local critics) they’ll need to address. The verdict? The light, citrus flavours of both beers complement plenty of cuisines fairly alright, though we won’t say it’s something we’re used to. But while daytime drinking may be more of a foreign concept, we’ll try anything new once.

Both beers are now available a a host of local bars; the challenge now is undoubtedly to actually get them beers into our hawker centres and kopitiams. We reckon the best signifier of a Singapore signature is when our aunties and uncles start cracking the bottles open in their own neighbourhoods. 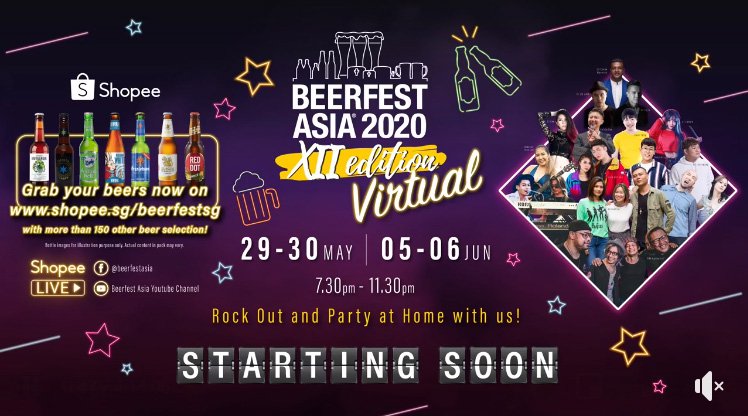