They say cats have nine lives, and the Lion Brewery Co is now on its second. Find out more about the original heritage brewery below.

As you know, Lion Brewery Co is a Singaporean craft beer company. Yet the original story begins in London in 1836, when the brewery was originally founded on the banks of the River Thames.

For over a hundred years, Lion Brewery Co became one of the godfathers of what we now know as craft beer – producing high quality ales that were shipped across the seas to all parts of the globe, including Southeast Asia.

When the brewery was demolished in 1949 after a devastating fire, the brewery’s two iconic lion statues, so loved by the people, were preserved at the request of King George VI. They can still be found in London today — one on the bank of the Thames opposite the Houses of Parliament, and the other at the entrance of Twickenham Stadium, the home of English rugby.

Fascinated by the brewery’s history of crafting great beer for centuries, we picked up the mantle and brought Lion Brewery Co back to life in Singapore in 2018. Since then, we’ve been on a mission to brew beer enjoyed the world over, infused with the time-honoured traditions of the brewery’s history.

Each beer is brewed with the same fierce pride — for where we’ve come from, and where we want to go. 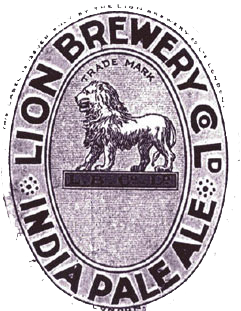 Lion Brewery was built on the banks of the River Thames, on land then owned by the Archbishop of Canterbury. From here, during the birth of India Pale Ale, beer was shipped directly to trading posts around the world. 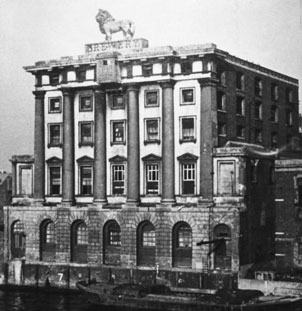 Demolished, but not forgotten…

Following a fire and in order to make way for what is now the Royal Festival Hall, the brewery was demolished. Britain’s then ruler, King George VI, requested that the iconic Lions, so loved by the establishment, be preserved forever.

The Lion statues remain steadfast to this day: one adjacent to Westminster Bridge, opposite the Houses of Parliament; the other standing guard at the gates of Twickenham Stadium, the home of English Rugby.

The King of English Rugby

In 1991, the Twickenham Lion was painted gold in preparation for the Rugby World Cup, and to this day, all players enter the stadium below him.

Lion Brewery Co was reborn in Singapore, the ‘Lion City’, with a mission to brew beer specifically designed for the Southeast Asian climate.