Photo – A.G. Linney, courtesy of the Museum of London.

As we break ground zero with our very first blog post, we felt it would be remiss not to share a little bit more about the history of Lion Brewery Co, and how we went from brewing in hot kitchens to making the crisp, sessionable beer you can find all around Singapore and beyond.

How it all began

In case you didn’t know, the original Lion Brewery Co dates back to 1836 London, on the south bank of the River Thames. For over a hundred years, the brewery produced high quality ales that were shipped across the seas to warm weather climates and regions, including to Singapore and other parts of Southeast Asia!

Having survived the bombings and blitz of both world wars, however, the brewery was ravaged by fire in 1938 and was eventually demolished in 1949. Only the brewery’s two iconic lion statues were preserved, at the request of King George VI. They can still be found in London today in pride of place, with one opposite the Houses of Parliament on the Southbank and the other guarding Twickenham Stadium, the home of English rugby.

Harry and Ben began by brewing in their kitchens. After becoming frustrated with a lack of beer variety in Singapore – faced with poor-quality commercial beers or strong, heavy craft beers that were too regularly overpriced and over-hopped – they were intent on creating something they and their friends wanted to drink: a beer full of flavour yet incredibly sessionable, specifically designed for equatorial (read: hot) climates.

With full-time jobs, for three years they dedicated most of their personal time to sourcing the best quality ingredients and tinkering with recipes. Finally, they created their first batch of what was to become Straits Pale Ale – a humble homebrew which they shared with family and friends.

Met with an overwhelmingly positive response, they wanted to give everyone in Singapore the chance to enjoy it too. It was at this time that they met Will and the bromance blossomed further, so Will came on board to help launch the company and take the business professional.

From then, to now… the design has changed, but the Lion remains steadfast.

Being British, and having researched heavily the history of IPA and craft beer, they had already learned all about Lion Brewery Co’s legacy and were determined to bring it back to life. Add to this a fascination with the natural synergy between the original London brewery and Singapore: their current home, the Lion City, and shores where Lion Brewery beers had been enjoyed 150 years ago!

The Pride was born.

The fates aligned, and on 1st December 2018, the first Straits Pale Ale entered the market. Since then, neither it nor we have looked back.

Except to remember with fierce pride where we’ve come from as a company.
And all the places we still want to go.

Feeling thirsty? GRAB YOURSELF A CASE OF LION BEER HERE 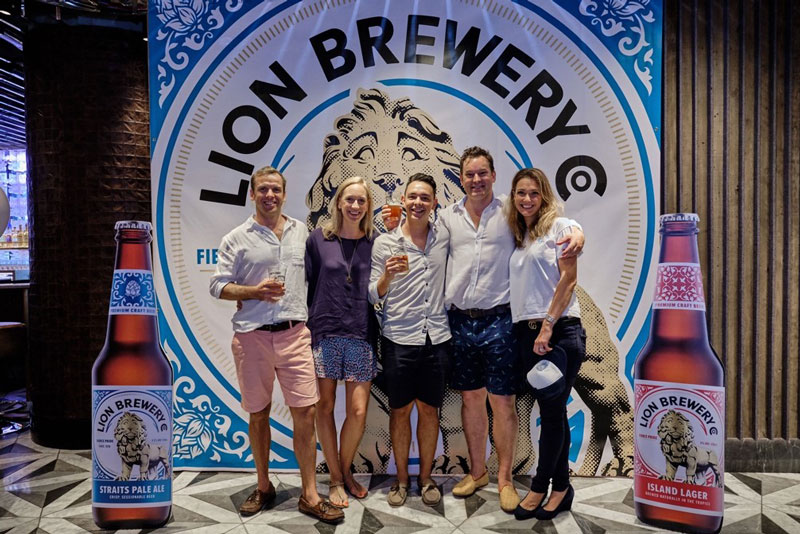 Thanks for reading! Visit our shop if you’re feeling thirsty for Lion Brewery Co beer.